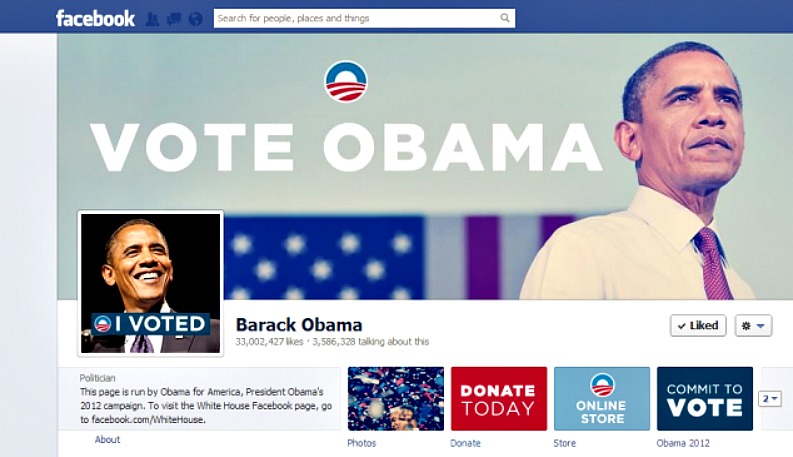 The presidential candidate of the Democratic party, Barack Obama, is a online media phenomena. No other politician seeking the highest office in the U.S. has used to web so skillfully like him. He has a great multi-media website for raising donations and coordinating his 50 states campaign.

He also uses YouTube to get his message out and has a profile on all major social networking websites like Facebook, MySpace and LinkedIn to raise his online visibility and reach out to communicate with his fan base and reach out to web-savvy people who would like to know him and his political ideas better. Between January and April 08 alone Barack spent $3 million for online advertising. Needless to say – the lion share went to Google.

The Obama campaign also knows how to use the world wide web for reputation management and damage control. It recently launched a website called “FightTheSmears” which debunks false rumors (i.e that he’s a secret Muslim, or he won’t say the Pledge of Allegiance – an especially smart move in in the age of the 24/7 news cycle.

As the following charts show, Barack is hard to be when it comes to online media & online social media strategies. He has by far the most followers of all presidential candidates – especially than rival John McCain: 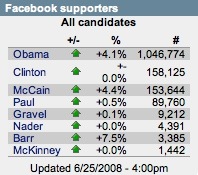 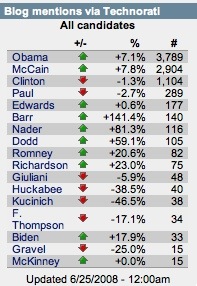 By the way: All this charts come from the fantastic website “TechPresident” (defunct now), powered by the Personal Democracy Forum.

Who are the wizards behind Barack Obama’s well-coordinated and successful internet strategy? Business Week tried to find the answer to this question in a fascinating article. But the reporter only found out the “Obama’s secret digital weapon” (the title of the story) is a small firm called Blue State Digital which was founded by four former members of Howard Dean’s Presidential campaign in 2004. (Given that Dean’s campaign ‘discovered’ the internet as an essential fundraising and marketing tool for a presidential candidate, that is not a surprise).
Business Week writes:

The (Obama) campaign declined to discuss Blue State, but the firm says its handiwork and technology can be seen in the more than $200 million Obama has raised online, the 2 million phone calls made on the candidate’s behalf, and in barackobama.com’s social network of 850,000 users, who have organized 50,000 campaign events.

Well, I am very interested to see how Obama’s huge internet advantage comes in play when the race between the senator from Illinois and the self-declared war hero is heating up after the two men are officially nominated by their parties in September.

P.S. I guess the fact that John McCain “is aware of the internet” – as described by an unnamed McCain staffer during one of the panels at the PDF in New York – is just not sufficient enough as a campaign strategy in the digital age.

P.S.2. Experts estimate as much as $3 billion could be spent by political campaigns leading up to the November election. The share of expenditures for internet advertising is currently a one digit percentage number. But I bet this number is going to change quickly if internet-savvy candidate Obama wins the presidency.

What do you think of how Barack Obama leverage the Internet and Social Media for his outreach and fundraising efforts?

Find out what I am doing right now by following me on Twitter! If you like this post then please consider subscribing to my full feed RSS. You can also subscribe by Email and have new posts sent directly to your inbox.

“Tell me the facts and I’ll learn. Tell me the truth and I’ll believe. But tell me a story and it will live in my heart forever.” (Old Native American proverb)